Conures Behavior with other pets 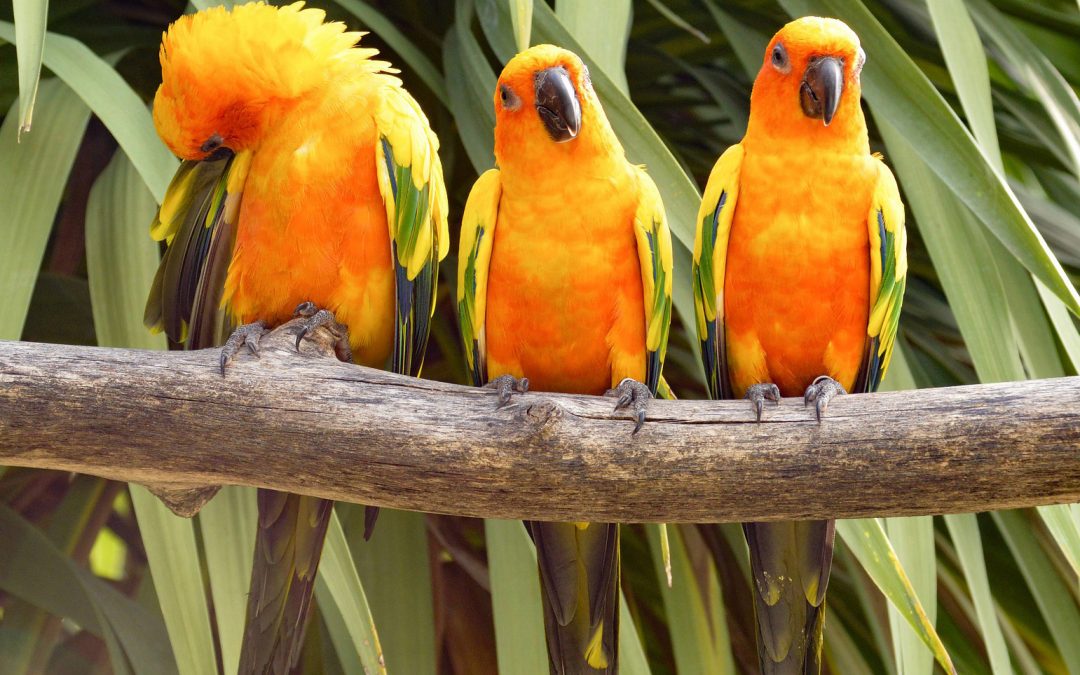 There is actually no general rule when introducing your pet parrot with other types or species of birds, sometimes they’ll get along, sometimes they won’t.

Fortunately, conures in general are very welcoming to other species regardless of its kind! They are the friendliest among all parrots, and you as the owner don’t have to worry if ever you would introduce them to other birds or pets, they love to hang out with everyone including people!

There is however a flipside, specifically to smaller conures because sometimes they get so aggressive that they tend to fearlessly tackle bigger parrots and they also like to mess with smaller birds like budgies or parrotlets by grabbing their feathers or nipping its toes, this of course could potentially start a violent relationship with one another. They are indeed, small but sometimes terrible birds so keep a tight watch over them especially if you just introduced them or if they interact with other species.

It is also best done if the conures are still young, because they are still vulnerable and can be very accepting of other members once they get used to it.

As a general rule, you can introduce other types of birds but do so with caution so that they could easily warm up with their new feathered friends.

Unlike other birds that are highly individual, Conures love to be in flocks when they’re in the wild or even in captivity. It’ll be easy to train them to like other parrots, though sometimes they can be a bit witty.

Experts also suggest that the best behaved conures are those who were exposed to lots of change in the environment and the ones who were trained to socialize with people, because they become more adjusted.

Ringneck Parakeets Behavior with other pets