Home » About Beagles » Distinctive Features of the Beagle Breed

Distinctive Features of the Beagle Breed 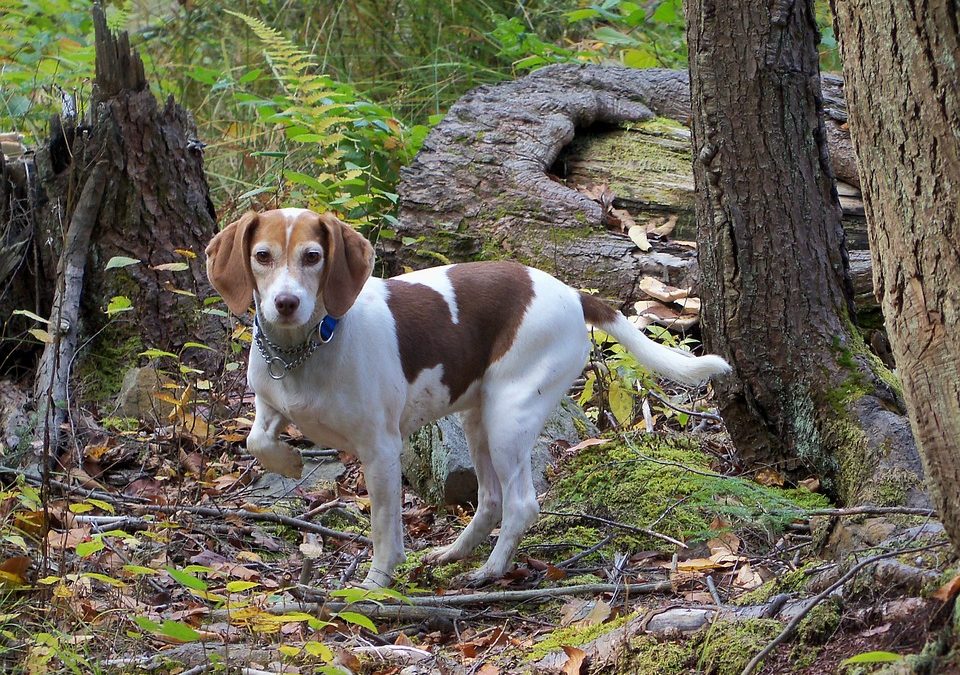 Beagles are highly likable pets and you’ll easily understand it when you spend time with him/ her. They have large sheepish – looking eyes that make it appear innocent and lovable. The range of a beagle’s weight for both male and female is around 18 to 30 pounds. The weights are comparable but the same can’t be said about their height. Male beagles can reach up to 15 inches while female breeds can only reach up to 13 inches.

If you look at a Beagle breed you would most likely notice its floppy ears dropping down. When it comes to exercise, you must ensure that their exercise routine lasts for around 20 to 40 minutes per day. Since the start, it was known that beagle dogs were naturally bred for the purpose of hunting rabbits which is why they make excellent hunting dogs. There are times when the Beagle breed can’t hold their appetite for food, and you can use this to get them to behave properly. Just make sure to give them tasty treats as a reward. Below are some of the characteristics possessed by a Beagle breed:

For a beagle size dog breed, having average energy usually means that they have high energy when compared to other canine breed but it’s necessary because this is where beagle relies upon for whatever task it is required to do. In fact, the energy level it possesses makes it quite nimble and requires a release of energy every day in order to keep its right weight since most beagles are inclined to put on an extra weight especially when they are inactive.

The average longevity of a beagle breed is between 12 and 15 years, and you can say that it is an appropriate longevity range for a dog to live.

Most dog breeds drool a lot; some are actually more obvious than other. If you look at the Beagle breed, you would most likely see that it doesn’t drool a lot, and that’s actually a great thing for most dog keepers who don’t exactly enjoy the sight of saliva that’s gushing out of their pet’s mouths.

You can rest assured that for a Beagle breed you won’t be woken up by his loud snore since this dog has a very low tendency towards it, and this is something that is considered as a pro for most keepers.

Perhaps one of the disadvantages of owning a Beagle breed is that it has a very high tendency to howl. This however, can also be a positive especially if the dog owner wants to have some form of security at night. This is why barking isn’t really a con especially for some dog owners who are security conscious and do not mind intruders being barked off their residence, whether or not, the dog has the tendency to confront the intruder, it at least helps to warn and ward them off.

When it comes to physical features, Beagle breed have a slightly dome – shaped skull and a muscular body type. They also have quite a long ear, broad nose and their muzzle is also somewhat in the shape of a square. Their chest is deep with a straight back, and they also have a moderately long tail that they carried high. Their coats are also dense and smooth, and it comes in white, tan and black colors.

The personality of a Beagle breed involves a lot of characteristics that has existed for many decades making them one of the most familiar dog breeds in the world. As a matter of fact, these dogs have existed since the early 1400s in Great Britain. These dogs are usually found in packs by hunters and back then they were known as pocket beagles. Beagle breeds today may still be used in pack or in single. They can still be used for hunting but lots of people like them as household pets.

Beagle breeds aren’t just good with kids; there are other factors that families need to consider before keeping their own Beagle breed. Make sure to consider the following:

As said earlier, the Beagle breed is known for being playful, cheerful and active. In fact, they are also one of the friendliest canines that exist today. As a keeper of this dog breed, it’s essential to keep your schedule free at least once or twice a week so that you can take your pet for a walk since they need exercise, and they are the kinds of dogs that are not contented with being at home all day. They aren’t the best fit for an owner who’s inactive or maybe a senior citizen already. Despite their active energy, the Beagle breed can still remain tolerant and calm which makes them perfect for a family with kids.

The health of your pet is one of the most important concerns for potential owners which is why it’s essential to be aware of what the illnesses of your pet are, or the diseases they are prone to so that you know what to do in case of an emergency. The good thing is that this breed isn’t prone to many diseases which is good news for many Beagle breed owners. However, the condition they are most at risk of usually includes intervertebral disk disease, hypothyroidism, glaucoma and cherry eye. If you want to keep yourself protected (financially) when your pet acquire an illness, make sure to invest in the right dog insurance policy so that you’ll avoid unexpected vet expenses.

If you’re interested in owning a Beagle breed, but want to know more on how they can acclimatize to family life, just stay tuned with our blog posts or grab a copy of the book for a complete pet owner’s guide!

How to Care for a Beagle Dog?