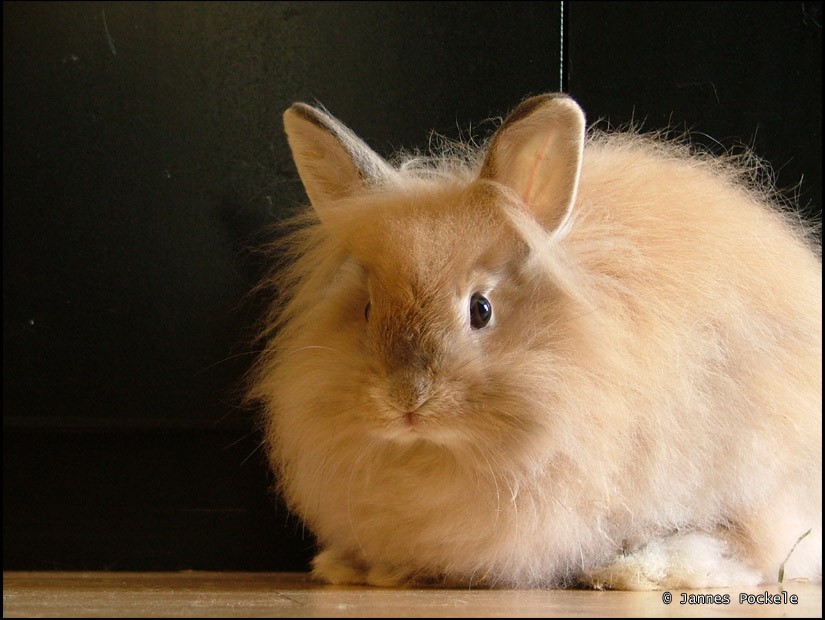 The remarkable Angora rabbit is moderately trainable given a little time and patience. Litter training and rechanneling natural tendencies like chewing and digging are some basic “tricks” the keeper may want to teach the rabbit. Take time to understand what your rabbit maybe trying to tell you.

Since rabbits prefer relieving themselves in one place, litter training your Angora rabbit is as easy as it is possible at any age. Older rabbits have an advantage of being faster learners as compared to younger Angoras.

If a rabbit guardian gives the bunny the run of the house then litter training in a confined area is imperative. To do this, fill a litter box with organic litter and place some hay on top. Avoid using clay at all costs as this substance turns deadly should it find its way into the rabbit’s system and digestive tract. Set the litter box in one corner of a room or inside its enclosure. Put some of its own droppings into the litter box in an attempt to help the rabbit recognize the litter box as the place to do nature’s business.

The Turkish Angora rabbit is generally friendly and typically docile. It is an intelligent breed of Angora which has been a popular pet choice for many individuals and families alike.

This fuzzy fur-ball, if the caregiver chooses, is also a lucrative money-earner, due to its soft, long, silky wool which can be spun into yarn and be used to create shawls, blankets, throws, and even sweaters.

Your Angora rabbit does not and will not require you to carry it around. Excessive handling of the rabbit is discouraged to avoid accidental falling which can lead to injuries. Save handling the Angora for grooming periods when its wool needs its regular routine brushing.

How to Keep an Angora Rabbit?

Why You Need to Shear Your Angora Rabbit?