Home » About Barking Spider » What Are Spiders Afraid Of? 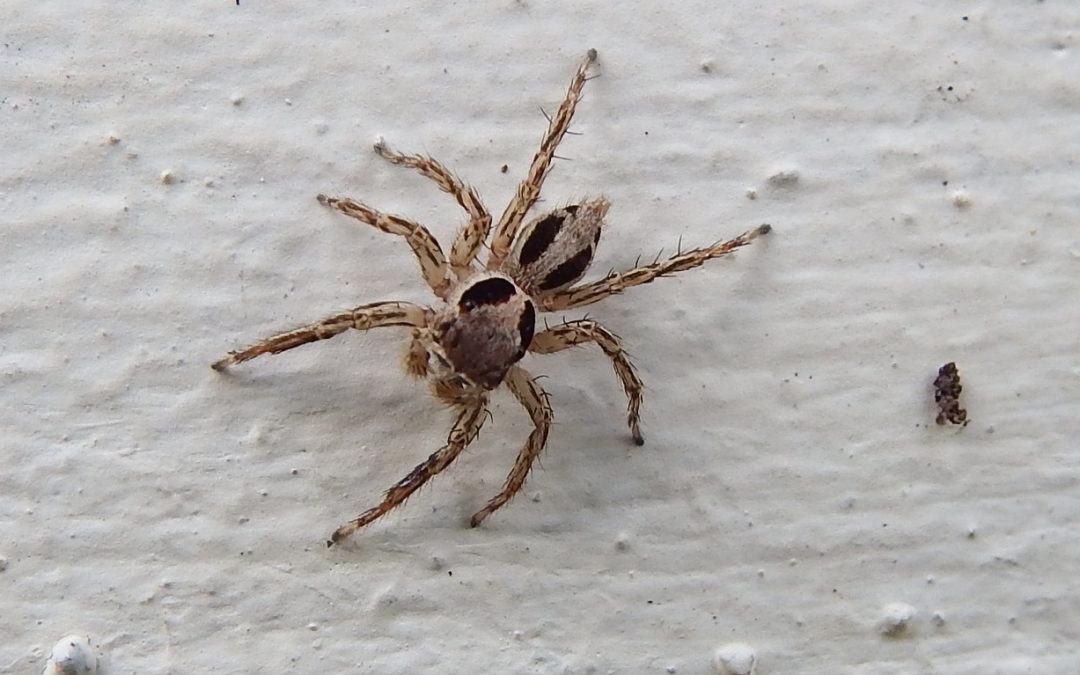 What are spiders afraid of? Just like any animal, spiders have fears too. Compared to other predators, spiders are small and might seem unassuming, making them easy targets. They can’t jump from place to place nor can the run long distances, so escaping can be tricky too. They mostly rely on their webs and their venom to protect themselves.

What Do Spiders Fear?

Most people don’t like seeing spiders in their homes, and the spiders themselves are generally happy enough to avoid human contact altogether.  If you do find spiders living in your home, you will likely want to get rid of them quickly. To do so, you must first understand what spiders are afraid of.

What are spiders afraid of? To be perfectly honest, spiders are afraid of almost everything. It would be easier to ask what they are not afraid of. It might seem unlikely, given their formidable reputation of sending even fully grown adults screaming or running away into the night. Even the smallest spiders may inspire a healthy amount of fear, especially when they just unceremoniously drop from the ceiling.

What are spiders afraid of? The thing is spiders may have many eyes, but they generally have poor eyesight. To survive, they mostly rely on their other senses. They have eight legs that are covered in tiny hairs, which help them sense vibrations, sending them information about their surroundings. They also rely on these for their sense of taste and smell. When hanging out in their webs, the spiders feel along for vibrations that can tell them if there is a potential meal hovering nearby.

Birds and bigger animals may try to eat spiders. If not the spiders themselves, these animals may also try to eat the spiders’ food source, which would lead to spiders starving. Sometimes, predators may interfere with the spiders not to eat them but simply to play with them, which is sometimes just as bad. They are relatively small, after all, and this means they can be easily knocked over, swatted away, or even crushed. This is why spiders normally avoid interactions with other species unless they plan on eating them.

Some spiders are venomous, and though they may bite humans as a defense mechanism, avoidance is their go-to defense strategy. This is why though you see plenty of cobwebs in your attic or closets, you won’t necessarily see the spider responsible for weaving them. When they see or sense a predator approaching, spiders would rather scurry away in fright than try to fight. Of course, when destruction is literally upon them, that would be when they defend themselves, using venom or other such protection.

What are spiders afraid of? Spiders would generally avoid areas where people are always actively going since our presence normally disrupts their feeding habits. The insects that spiders like to eat are typically shooed away when we turn on lights or make a lot of noise, after all. However, if the area is messy and dark, it could attract the insects instead, making it a veritable feast for spiders.

How Can You Use Their Fear to Get Rid of Spiders?

What are spiders afraid of? Knowing that spiders feel afraid may help lessen the fear you yourself fear when seeing them. In the spider’s point of view, you are likelier to cause them harm than the other way around.

Of course, regardless of this mutual fear, you might prefer to get rid of their presence in your home altogether, and it is easier once you understand how they think.

The best way to get rid of them is also the easiest: you must keep insects out of your home in the first place. These insects make up the spiders’ diet, so when they are not around, the spiders would have no reason to hang around. Keep your place clean too and avoid messes so that there won’t be a place for the spiders to hide. This includes crooks and crannies that may be dirty and dark, such as in the garage or a storage shed. You need to vacuum regularly too to get rid of dusts and webs that might be trapped beneath the furniture.

If there are broken windows, holes, or cracks in your home, or if there are leaky faucets and faulty appliances, it would be a good idea to fix them as well. Always empty out your trash cans and cover it up tightly. Get rid of smelly heaps in and around your house.

Aside from the vibrations they sense in their surroundings, spiders also use their sense of smell. So, to repel them, you may try using scents that repel them. Spiders don’t like citrusy or lemony scents, so you can use such sprays around.

What are spiders afraid of? Spiders are generally peaceful critters though they may look like fearsome little things. If you do find one in your home, just scoop it up with a cardboard and gently put it outside, where it can be likelier to find some insects to prey upon.

What Do Barking Spiders Eat?