Home » What to Do When Spiders Get Inside Your Home 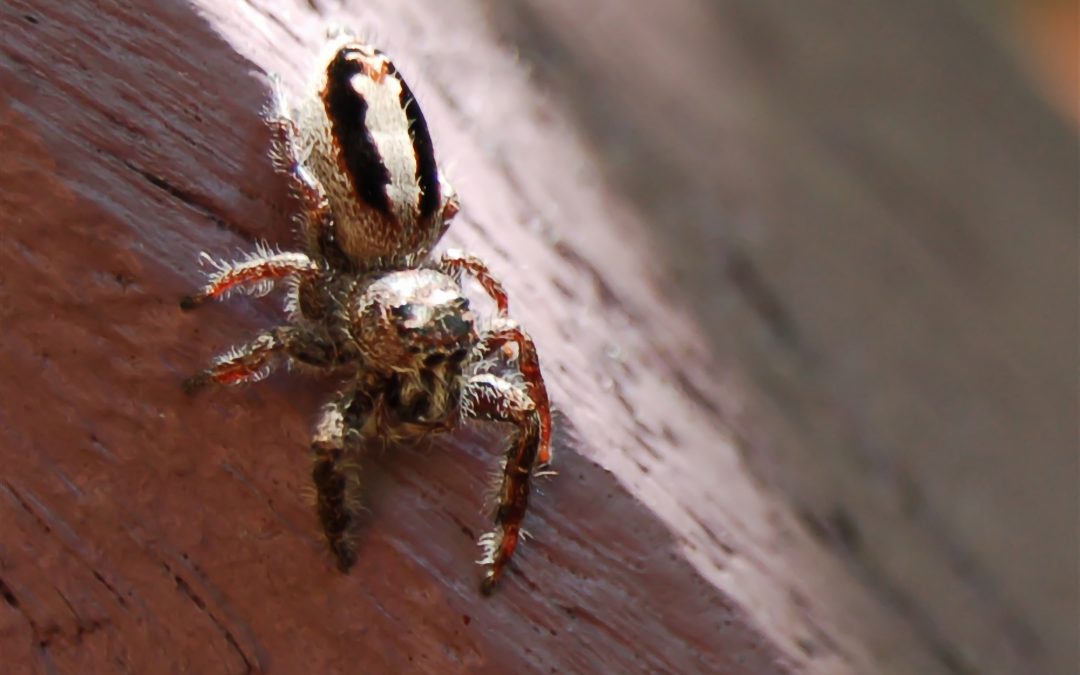 How Do Spiders Find Their Way into a House?

What to do when spiders get inside your home? Spiders are tiny critters, and they can easily enter a space through gaps in doors, windows, and air vents. No crack can be ever too safe from a spider’s exploration. Leaky pipelines and plumbing are also possible entryways for them.

Since they are so small and hardly take any space, they can easily hide in objects brought into your home, which provide another entry point. Equipment, cables, storage boxes, old toys, and appliances are just some of the objects that could be carrying spiders without your knowledge.

How Can You Prevent Spiders from Entering Your Home?

What to do when spiders get inside your home? Keep an eye out for broken windows and cracks along the walls, or any gaps through which spiders can pass. No matter how small, don’t underestimate these crevices and ensure to seal them up immediately.

Also make sure that the objects you bring into the house are clean and dusted off. Shake them a bit to see if there are spiders hiding along the gaps. If you have been out camping, look the equipment over to check if you have brought back spiders from outside.

What Are the Most Common Hiding Places for Spiders within My Home?

What to do when spiders get inside your home? Certain spiders have specific living environments that they prefer. Some spiders may thrive in moist areas, so they make seek out damp places with minimal sunlight. Some like the dark, so they crawl into closets and storage spaces. Some like being in dry areas that aren’t usually disturbed, so they settle in vents, corners of the ceiling, and attics.

House spiders commonly spend their entire lives indoors, never once venturing out. They like the quiet and hidden nooks and crannies of your home, where they are less likely to be disturbed but could still support their feeding habits. Having a lot of objects not often used provide them plenty of hiding areas where they could scuttle to whenever they sense your presence.

There are far more spiders hidden from your view than you would think or would like to admit, but fortunately, most of them are not inherently dangerous to humans. Indeed, the most danger they could pose on a typical day would be to your sense of aesthetic and cleanliness, since their webs could be a bit of an annoyance. Of course, their relatively non-dangerous attribute isn’t enough to keep most people from screaming once faced with a spider.

What to do when spiders get inside your home? Since these tiny critters have made, and surely would continue to make, people around the world scared, it is amusing to realize that spiders are also fearful of humans, and indeed of most predators. After all, they are small and not that heavy, and aside from their numerous legs, there aren’t many observable threats they could pose. It is still, however, good to know that spiders are perfectly content with avoiding any and all human contact if they can help it.

When they perceive a threat, spiders, like most animals, would want to defend themselves. One of their defense mechanisms involves the use of their venoms. Unlike the radioactive spider that bit Peter Parker, a normal spider bite would not give you superpowers. Depending on the spider species, the bite will cause mild discomfort with short-term side effects instead. If the symptoms of the spider bite last longer than 24 hours, you should seek medical attention. Or if you want to be absolutely sure, consult with your physician immediately after being bitten.

Erring on the Side of Caution

If you’re a sensible person, of course, you’d want to prevent being bitten altogether, and the best way to do that would be to avoid inviting spiders into your home. And though you don’t overtly bring the spiders inside the house, your living conditions might be enticing for them.

What to do when spiders get inside your home? To prevent spiders from seeking shelter in your home, make sure your surroundings are clean. Seal off any cracks or gaps you see in your doors, windows, or ceilings. Check for leaky pipelines and damaged cable wirings and quickly have them repaired.

Use citrus or lemon sprays too; spiders, who rely on their sense of smell a lot, are repelled by those scents.

How Does the Barking Spider Survive?