Why Do Cats Do Weird Things? 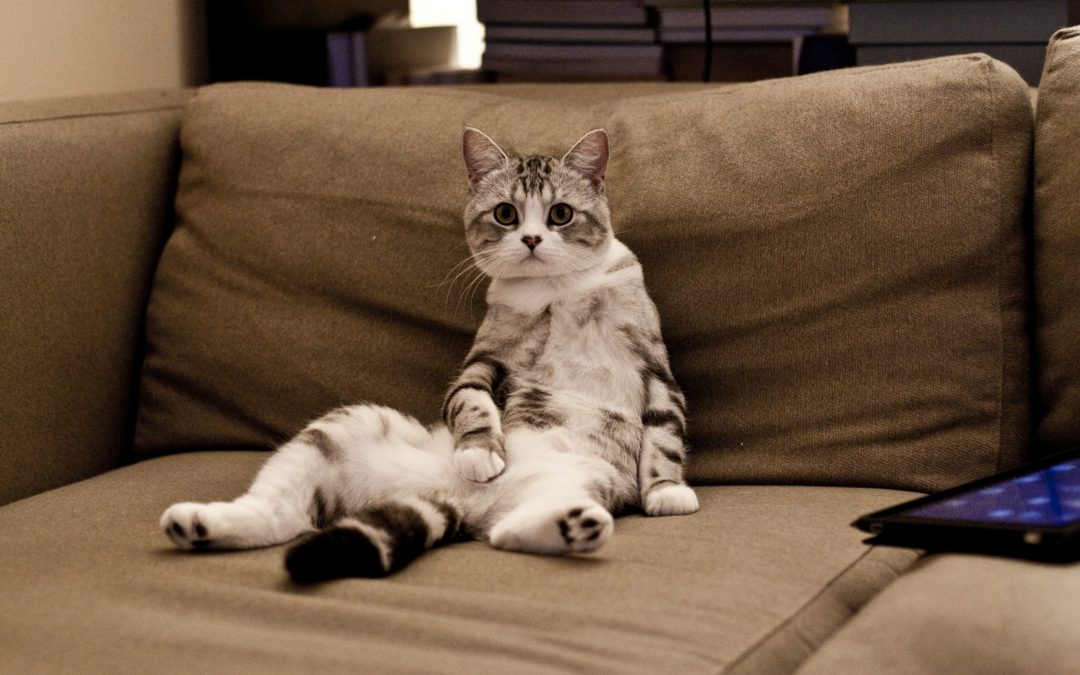 Why do cats do weird things? One of these is their tendency to sit or stand in weird positions. If a Scottish Fold cat stands with a leg up or lies on its back with its head fully stretched, some people might find that these positions are very uncomfortable.

Of course, it should be considered that cats are generally very flexible animals. As such, they can contort their bodies in the weirdest positions and not feel the slightest bit uncomfortable. Their skeletal system, after all, is much different from ours. Their body structure allows them to be extremely lithe and stretchy; there is a reason they can slip into small boxes and hide in the unlikeliest of places.

What are the various positions Scottish Fold cats take?

Why do cats do weird things? The most common position for Scottish Fold cats is sitting on their back; sometimes, they even sit on their back with both of their legs outstretched. In this regard, they absolutely act like actual babies. Another common position is sitting on their butt with one leg up, kind of like smaller dogs. Sometimes, they sit on their butt with both legs up, which is both looks funny and uncomfortable from a human perspective.

Why do Scottish Fold cats take such weird positions?

Again, their body is structured differently from ours, so these potions aren’t necessarily weird from their perspective. However, there may be instances that they do these things in search of something, such as your attention! Maybe they place themselves in odd positions to get your attention. For instance, your Scottish Fold cat may find that you haven’t paying them too much attention and decide to sit weirdly on your desk.

Is it normal for Scottish Fold cats to be in weird body positions?

The answer is yes. Some cat breeds have intrinsic weirdness and quirks, and taking weird positions is common among all breeds. Scottish Fold cats behave in their own particular, but seeing them contort their body weirdly doesn’t necessarily mean they are being more bizarre than usual.

Why do cats do weird things? Keeping you Scottish Fold cat happy takes some work from your side, but you will soon find that they are absolutely worth it.

One of the things you have to remember when keeping indoor pets like Scottish Fold cats is that they need entertainment so as to not get bored or depressed. One way to do this is to provide them with places to climb and explore. Aside from letting them have fun, this would also help them get enough exercise, both physical and mental. If possible, invest in a cat shelf: these are especially designed to give your cat the stimulation it needs!

Why do cats do weird things? Cats are naturally curious creatures, so the mental part of the exercise is just as important as the physical. Aside from the cat shelf, also provide your furry Scottish Fold cat some new toys from time to time. They will surely enjoy playing with toys that keep them focused and engrossed.

Of course, areas where they can play aren’t the only places your Scottish Fold cat needs. Your furry companion would also require a safe space, that is, somewhere they could run to hide and escape when they find themselves in any stressful situation. Giving them an escape place will give them a sense of security and safety. You shouldn’t intrude on these safe spaces especially immediately after your Scottish Fold cat ran into it; otherwise, the trust you want to cherish would be breached. Safe hiding places could be incorporated into their play areas, such as by using cardboard boxes.

Why do cats do weird things? Another thing about cats is that they need attention. Of course, popular opinion would tell you otherwise and that cats would like to be left alone. Though there might be instances that this is true, your house cat would definitely need its human’s attention. There is a reason they enjoy sleeping on their human’s lap or back. Some cats would just like to pretend they don’t appreciate the attention, but know that they are secretly preening. Even simply petting your Scottish Fold could bring it feelings of happiness and connection. Play with your Scottish Fold cat, and groom it if possible too!